PARKlife™ in Bologna - sport for everyone 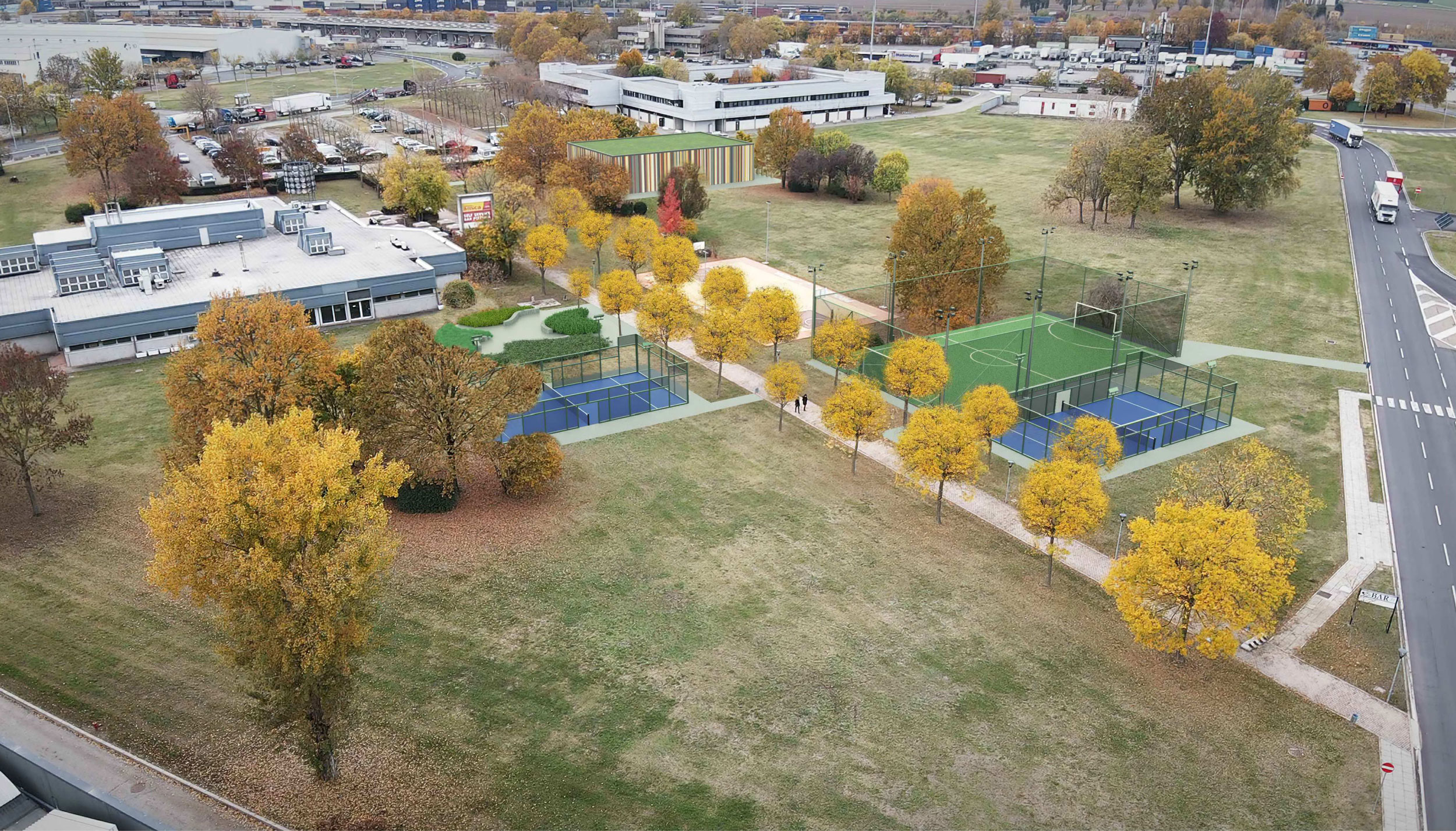 Imagine having a five-a-side football pitch next to your workplace. Imagine that your colleagues are your teammates, and that you're outside shooting some hoops, or that you're playing a doubles match of padel tennis. It will soon be easier to find time for leisure, socialising and exercising, thanks to the new Cittadella dello Sport currently being built by Prologis at Bologna Interporto, in partnership with Interporto Bologna SpA.

According to Fabio Cotroneo, Real Estate & Customer Experience Manager at Prologis Italia with responsibility for the Bologna project, "each logistics park has its own particular characteristics. The  PARKlife™ philosophy enables us to tailor our approach to each logistics park, adding services and facilities that best meet the needs of the park and its site. In Bologna, we decided to focus on physical well-being, and in particular, on sports facilities".

The new Cittadella dello Sport under construction at Bologna Interporto will be available for use by people who work at the logistics park, as well as by the local community. The plan includes a five-a-side football pitch, a basketball court and two padel courts (padel tennis has recently become very popular in Italy) - plus changing rooms. All of the above will have LED lighting so that they can be used in the winter months, when the days are shorter, and on summer evenings.

The Cittadella dello Sport project represents a new strand of the PARKlife™ philosophy adopted by Prologis, which has made the well-being of those who work at or visit its logistics parks a key priority. The first project was inaugurated last year at Prologis Park Lodi, where the concept of well-being was expressed through the link between the individual, nature and art, with the addition of a range of outdoor facilities and the creation of an open-air gallery of urban art.

The new variation of the PARKlife™ philosophy that is being created at Bologna Interporto interprets well-being as an opportunity to take a little downtime to relax and socialize, by promoting not only exercise and physical well-being, but also team spirit, belonging and a chance to get to know new people - all essential ingredients for psychological and mental well-being.

"I'm very pleased with the direction that we have taken at Prologis with the PARKlife™ philosophy. People have been talking about the work-life balance for quite a number of years now, and there is no longer any doubt about how the working environment affects people's health and well-being. Through our initiatives, we are continuing to show how logistics can be a virtuous sector and at the forefront of new developments, creating value for the people who work at our parks and for the local areas in which they are located", commented Sandro Innocenti, Senior Vice President and Country Manager of Prologis Italy.

“Our 2021 annual report shows that our scale, reach and unique growth differentiators are setting us apart. We have long made the shift from...

Responding to the refugee crisis

As the war in Ukraine continues, nearly two million people have fled that nation, with the majority traveling to neighboring Poland.