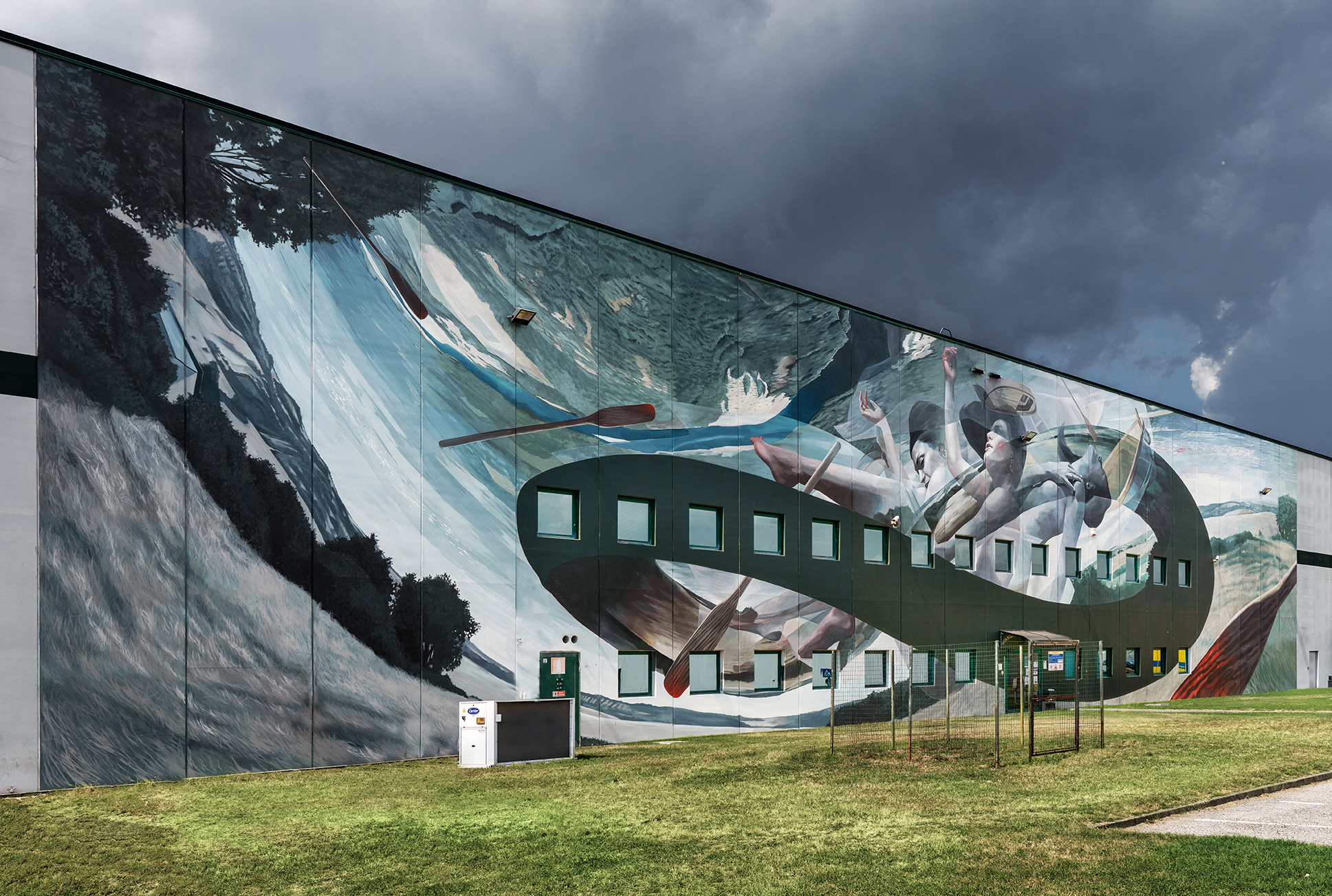 With the finishing touches of the urban artist VESOD, the world’s first open air urban art gallery in a logistics park has been completed. The gallery is located at Prologis Park Lodi and is part of a transformation project to improve its visual aspect and provide a raft of new services to people working there.

Across 40,000 square metres of vertical walls, the artworks display the artists’ distinctive styles and were inspired by a series of key words and the theme of the relationship between man and nature. In some of the works, this theme is given further expression by the inclusion of vertical gardens, which are set to be completed by the end of September.

The transformation of the logistics park is a pilot project for Italy of the PARKlife™ concept devised by Prologis for application at international level, which - in addition to focusing on the needs of its customers - prioritises the well-being of the people who work there.

Now that the urban artworks have been completed, the other parts of the project are in full swing. The approach taken is defined as a kind of ‘acupuncture’ by Davide Ruzzon, the TUNED/Lombardini22 director responsible for project in Italy, who has now turned his attention to creating areas within the park designed for relaxation and leisure, including pedestrian walkways, in order to address some of the main issues that lead to people suffering the negative effects of the urban and built environment.

Some of the green spaces will see the introduction of tall plants in a range of colours, which - by enhancing the surrounding areas - will create a natural dialogue with the new artworks. Further colour will come from the creation of flowerbeds planted with a mixture of perennials, while grassed areas and dedicated picnic areas and services will be provided.

PARKlife™ represents a paradigm shift in the development process for our logistics parks. The aim is to think increasingly of a logistics park as being a place for socialising and a small town centre offering a range of services that will enhance the working day encompassing public transport, communal areas, leisure activities and opportunities to socialise. We are expanding the concept of sustainability, while providing a more attractive environment and making life easier for people working at our parks. Ever more emphasis is being placed on both the indoor areas - with relaxation rooms and multifunction spaces for example - and the outdoor spaces, with the creation of areas for recreation and leisure, sports pitches, safe pedestrian zones, wellness paths and cycle routes, shady areas, and a redesign of the green spaces to facilitate physical activity and promote well-being.

The development of the PARKlife™ pilot project was made possible by our partnership with CEVA Logistics Italia, which operates out of Prologis Park Lodi.

Every connection starts with a conversation. Our team is here to help.